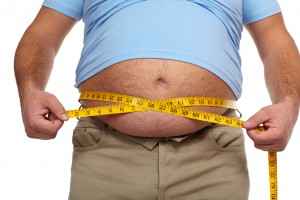 In need of exercise

A recent report published by the BBC makes for alarming reading, British men and women are getting heavier.

A study by Oxford University found that the average British man was more than a stone heavier in 2000 than h was in 1986.

In the UK alone, 24% of men are now classified as being clinically obese. The British Heart Foundation research into the matter , published in the British Journal of Nutrition analysed changes in food consumption and body weight between 1986 and 2000.

Women’s average weight gain over this period was 5.4kg. It is all evidence pointing ot the fact that adults and children alike need to be taking more physical exercise, and for that there is no better way than on a trampoline, as it’s fun as well as healthy and a great way to burn those extra calories, as proved by NASA in their research which said that rebound exercise on a trampoline was the most effective form of exercise for man.

Predictions were made that the average British male would only be 4.7kg heavier in that time period, whereas the actual figure was higher, and much more than expected.

Taken from the article published by the BBC..

“Research shows that larger men are at greater risk of heart disease and the number of overweight men has been increasing over the past 20 years.

Dr Peter Scarborough, senior researcher in public health at Oxford University, said that there could be a number of reasons for the reduction in exercise in men in his study.

“The problem is really how people are getting around. They are driving more, cycling less and more likely to be employed in a sedentary job.

“Physical activity is slowly being removed from day-to-day life.”

The British Heart Foundation said the research suggested “a ticking time bomb for male health” and stresses the importance of regular exercise and a balanced diet.

“Obesity is a major risk factor for diabetes, heart disease and stroke and contributes to premature death and poor quality of life,” a spokesperson said.

Physical activity is slowly being removed from day-to-day life.”

Trampolines are a great form of exercise, and as they are so much fun as well, it’s a great way to get and keep fit for the entire family.