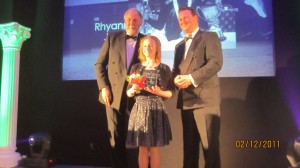 We attended, as sponsors, the National Awards for Welsh Gymnastics 2011 which was held on Friday evening at the Vale Hotel outside Cardiff.  It was a fabulous celebration of the achievements of all those involved in making Welsh Gymnastics so successful, the coaches, the clubs, the volunteers and of course the gymnasts themselves.  The awards were given to mark some very special talent and we were very honoured to present the awards to the winners in the Most Promising Gymnasts of the Year categories.

Well done to all the Winners and also to those nominated but who did not get an Award this year.   Thank you also to everyone behind the scenes who made it such a successful and enjoyable evening.  The entertainment from the female singing group Sirens was excellent. 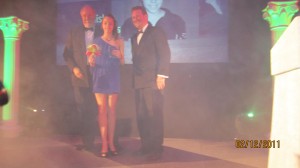 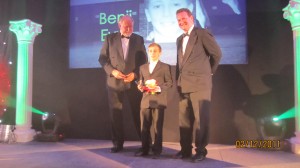 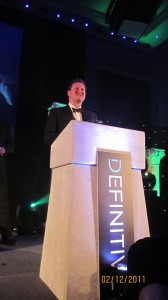 Andrew Jardine, MD of Atlantic Trampolines, presenting the awards in the Most Promising Gymnast of the Year categories