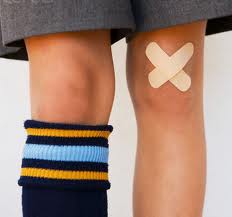 How to avoid a trampoline accident

At this time of year, with the Summer weather and long warm evenings, you may be thinking of ways to keep your children occupied in the garden. A garden trampoline is an obvious choice if your children are over 5 years old. The trampoline can provide great fun and exercise for the whole family for many years. But some parents have concerns over the safety of these trampolines based mainly on some scare stories in the newspapers over recent years. So are your concerns justified and what can be done to reduce the risks to your children when using one?

Firstly, it is important to understand why trampolines became so popular. Garden trampolines became popular in the UK from about 2002 onwards. Before that their popularity had soared in the US and Australia and subsequently spread to the UK. The costs of manufacturing them had fallen considerably due to investment by some manufacturers in the Far East. This made them more affordable. But this coincided with many families getting home computers linked to the internet and increased use by children of instant message services and computer games. The trampoline provided a useful anntidote to the computer by encouraging children outside and to exercise in the open air. Children who remain increasingly sedantry indoors are at risk of other illnesses from obesity and perhaps vitamin D dificiency.

Like other outdoor activities like riding a bicycle or climbing trees, the trampoline can cause accidents. But if used correctly then the chance of this is minimised. All Atlantic Trampolines are provided with a safety guidance card which we suggest all parents read through with their children so everyone is aware of how the trampoline should be used. As the guidelines issued by RoSPA say, growing up is about taking risks but as long as you are sensible these risks can be minimised.

The main rules are as follows:

One at a time - more than one person on the trampoline at once significantly increases the risk of injury, especially when the jumpers are of different heights or weights.

Good condition - the trampoline should not be used if the padding or safety enclosure is damaged or come away. Spare parts for most makes of trampolines are available from Atlantic Trampolines.

Don’t go underneath - nobody, or even the family pet, should go under the trampoline when someone is bouncing on it. Atlantic Trampolines sell a range of safety skirts to reduce the risk of this happening.

Avoid complicated moves - complicated trampoline moves should be avoided unless you are fully trained and are using the correct equipment when properly supervised.

Trampolines and alchohol don’t mix - and parents, please please avoid the temptation to bounce on the trampoline after a few drinks at a bar-be-que. You should know better!

Atlantic Trampolines take trampoline safety very seriously. We are members of the Royal Society for the Prevention of Accidents and supporters of the Child Accident Prevention Trust.